I analyzed the source of the results page and, at one place, inside a javascript code, search string was getting echoed without any sanitization. After a couple of tries, I found the XSS pattern:

This pattern has mainly three parts:

First part (in blue) completes the original javascript function. This makes sure that the javascript code written after it, will run without any errors.

Second part (in red), is just a concatenated string alert(“XSS ;-)”) stored in a variable called str. I concatenated the string because of the constraint mentioned in the first paragraph.

Third part (in green),  evaluates and executes the string stored in variable str as javascript code, which displays an alert box. </script> just closes the script tag. Try searching for the XSS pattern in snapdeal’s search box and you can see the alert box. 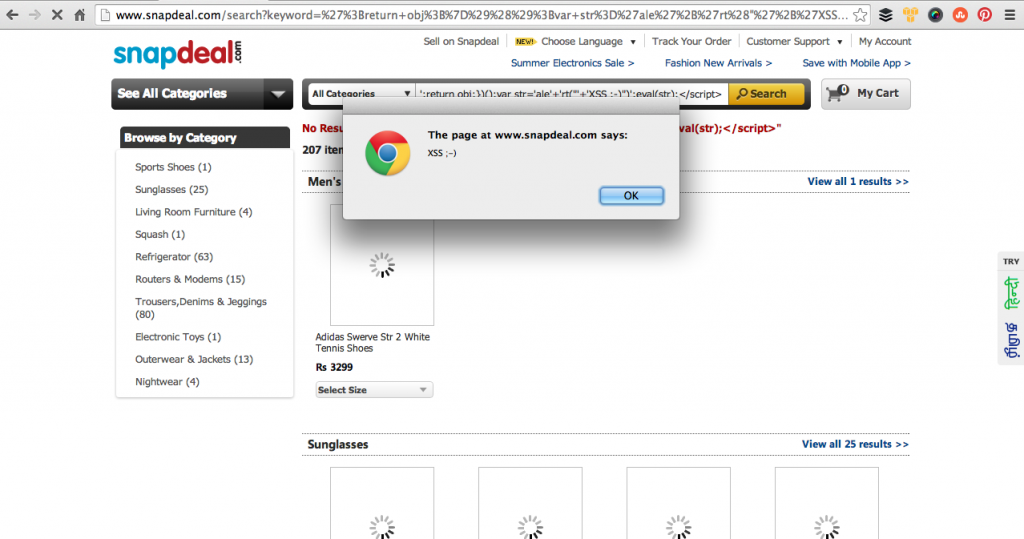 To further read about how a XSS vulnerability can be exploited, go through my two posts mentioned below.